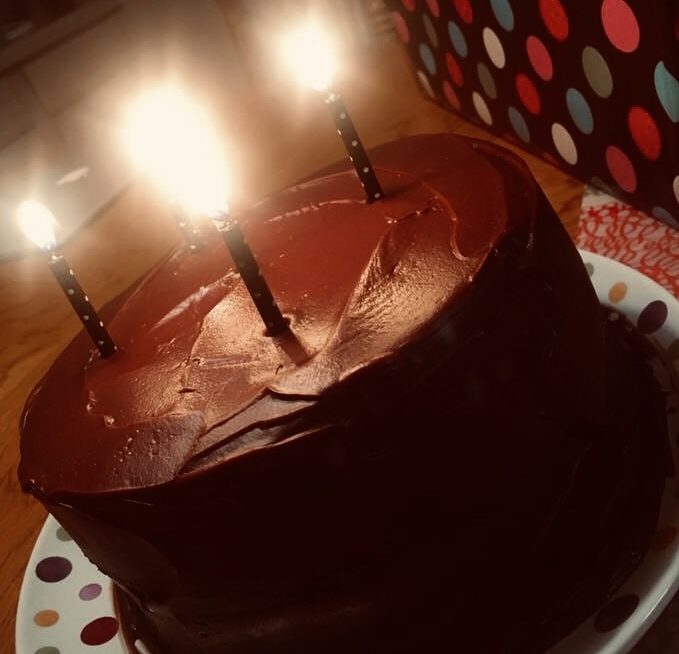 What comes to mind when you hear the word, “birthday?”

Those are things I thought about most when my kids were younger. When my focus was planning birthdays for them.

It’s different now. Now, my thoughts could resemble the surprised emoji with the big eyes. Or maybe another facial expression that indicates an, “oh shit!” thought. Because now birthdays are more about me.

Sure, they’re still about the kids too. Aren’t they? Like when my oldest turned 20, I mostly thought about being old enough to be a mom to a 20 year-old. So, maybe they really are about me now.

But after those thoughts about aging pass through my mind, I become more reflective. Middle age isn’t such a bad thing at all. In fact, jumbled up in between the increasingly achy joints and bloating, are good thoughts too. After all, a lot of things could be worse.

For instance, I have managed to raise two kids up to the ages of 20 and 16 so far. They’re not perfect. Being their mom has not been as joyous as I once envisioned it to be. But for all the things that I think I may have failed at, there are many things that I think I’ve done well too. And I am excited that the end of being responsible for them is near!

Sure, I spent 20 years of my life in a marriage that ended in divorce. But instead of looking at that as wasted time, I have realized how much that time helped me grow as a person. Of course, there were bad times and starting over as a single mom on a small income has been difficult, but we all have the chance to keep going. To get to start over with another chance at happiness, which is exactly what I did.

When I was younger, I never really understood what the big deal was about a “mid-life crisis.” You know, the stereotype of the man who buys a sports car and cheats on his wife with a younger woman? The truth is, it’s nothing like that. I’m not sure when I arrived at mid-life, but I did some time ago. I’m pretty sure it hits us all somewhere in our forties, but not everyone has a “crisis.”

When my marriage ended, I knew that I had to step up and make some changes to my life. I needed to get out of the dark place where I had been hiding. I had to own the fact that I was going to be solely responsible for a household, two children and a dog. On a (much) smaller income. I had to keep a happy face for my children and assure them that we would be fine.

Some might see this as a crisis, but it could also be looked at as a new beginning. New beginnings aren’t bad. They mean that life might be different, but different doesn’t always mean bad.

No, I did not have a crisis.

I was lucky. I found that the love of my life was right in front of me. A friend who saw who I was while I was still hiding in the darkness. I fell in love with him while he helped me regain the confidence in myself that I had buried under the layers of marriage and motherhood. And I fell in love with myself again too.

It wasn’t that simple.

My daughter cried about our apartment we moved to after we sold the only home she had known. She had never been in anyone’s home that was less than that of a middle to high class family. She never experienced the diversity of families that were amongst us in the new apartment complex. It was old. And stale. People lived there before us. The paint had peeled off the steps to the second floor where we lived. Neighbors were noisy and the gate of the “gated community” was always broken.

So often I wanted to cry for my daughter. There were times I wanted to apologize for leaving their dad and dragging them away from the life they knew. And I did cry sometimes. But not in front of her. I watched her as she moved from elementary school to middle school. She made new friends from across town who did not live in the kind of house that we lived in before. She even made friends at the bus stop of the new apartment complex.

Before long, she stopped crying about the changes. She started to appreciate the differences in social classes. She noticed that she made new friends when some of her old friends continued to only cling to each other. She began to understand the value of true friendship.

Different does not always mean bad.

You might be wondering how this has anything to do with birthdays. I think it has everything to do with birthdays. Birthdays are celebrated one day once a year. Most of the time we don’t think about them much. Some people in middle-age try to forget about them sometimes too. Birthdays force us to stop and think about our lives and where we are in them. Where we are changes as we age whether we want it to or not.

The love of my life turned 50 last week. And I’ve done a lot of thinking about that. There was a time when I thought 50 was old. Now, I think 50 is a time of wisdom. It is a time for us to look back on our lives and see what we have done up until this point. We have all lived through some stuff by now. We all have baggage. We have all been through some shit. We can dwell on the mistakes we have made. Or we can dust ourselves off and move forward.

Maybe we aren’t where we thought we would be. Or where we think we should be. We might not have enough money. Or the job that we always dreamed of. Some of us are still raising children and others are even raising grandchildren. But still, we are here. We are in mid-life. That means the middle of life, not the end. That means we have half of our life still ahead of us. That means we get the chance to do all of those things we still want to do.

If we are lucky enough to still be here, celebrate those birthdays. Blow out those candles. Eat some cake. And make a wish too. 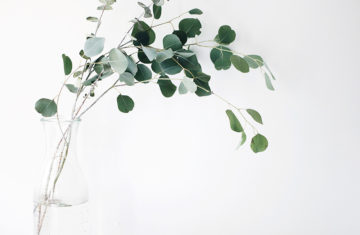 To the moms of older children…

There are so many wonderful articles written for moms of younger children. Stay at home moms.…

END_OF_DOCUMENT_TOKEN_TO_BE_REPLACED 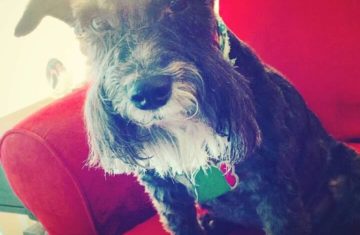 Come on moms, let them have a pet….

—It seems like just yesterday, I looked into your sweet furry face for the last time…